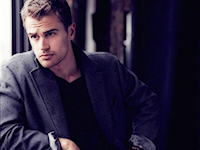 Alex Milligan Fans
we love alex milligan
he is our bae
if you don’t like him
then go away
next
reposting this from the fan who dmed me on twitter about her alex encounter from today:

"i met alex milligan this morning while he was getting a coffee! his hair was a mess it looked like he just rolled out of bed lol. when the barista asked for his name he told her it was jake sully & when i asked him why he used that name he said avatar was on tv right before he left his hotel and it was stuck in his head. after i got my selfie with him and we talked for a bit he went outside and skateboarded away!! didn't expect that" 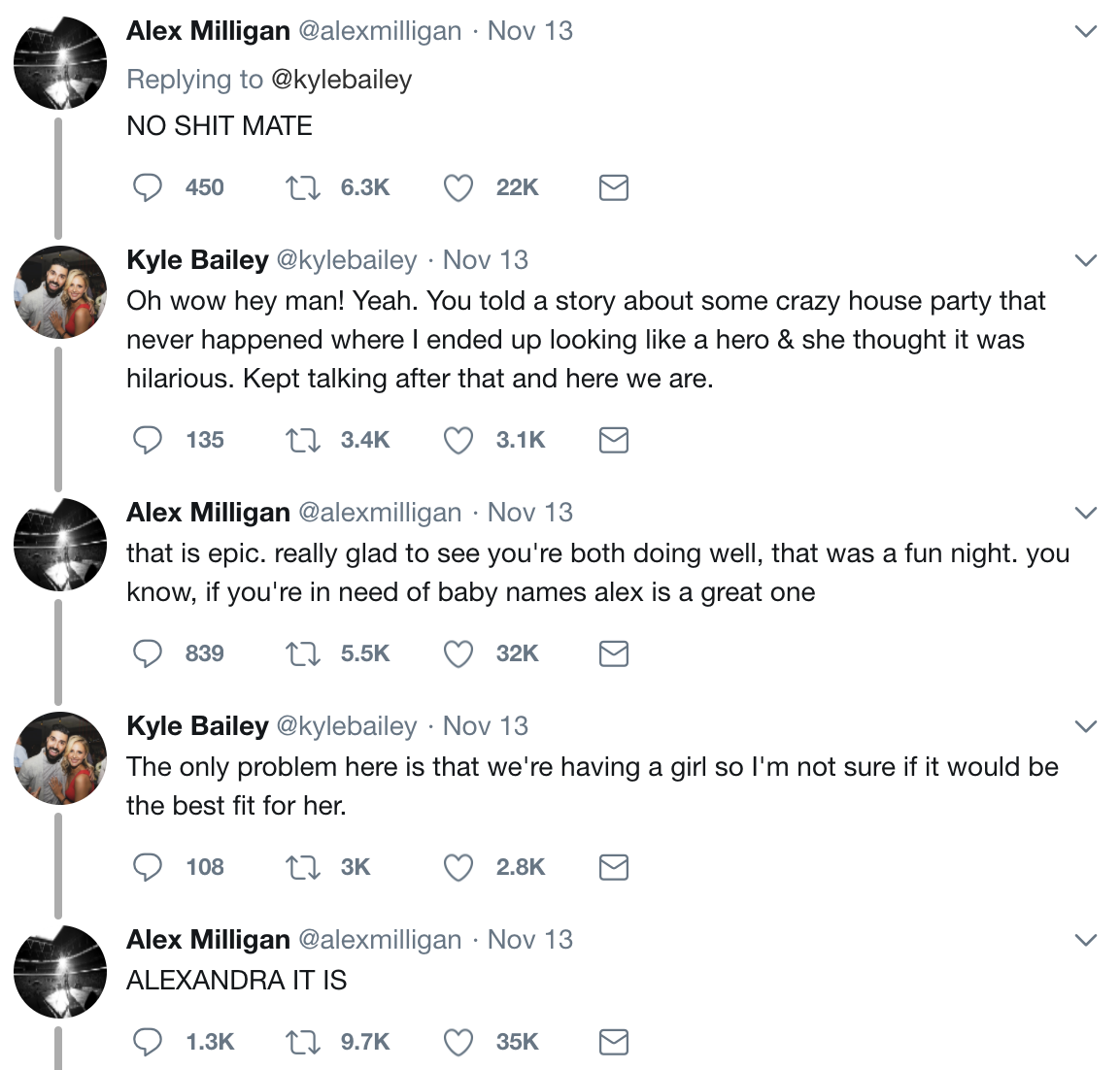 392 • NOVEMBER 13TH
#twitter #why are you like this #wonder what other fun stuff happened that night?? move over millionaire matchmaker we have musician matchmaker milligan
ONE WORD TAKES WITH ALEX MILLIGAN ON POWER 98FM SINGAPORE
What's a word you use a lot? 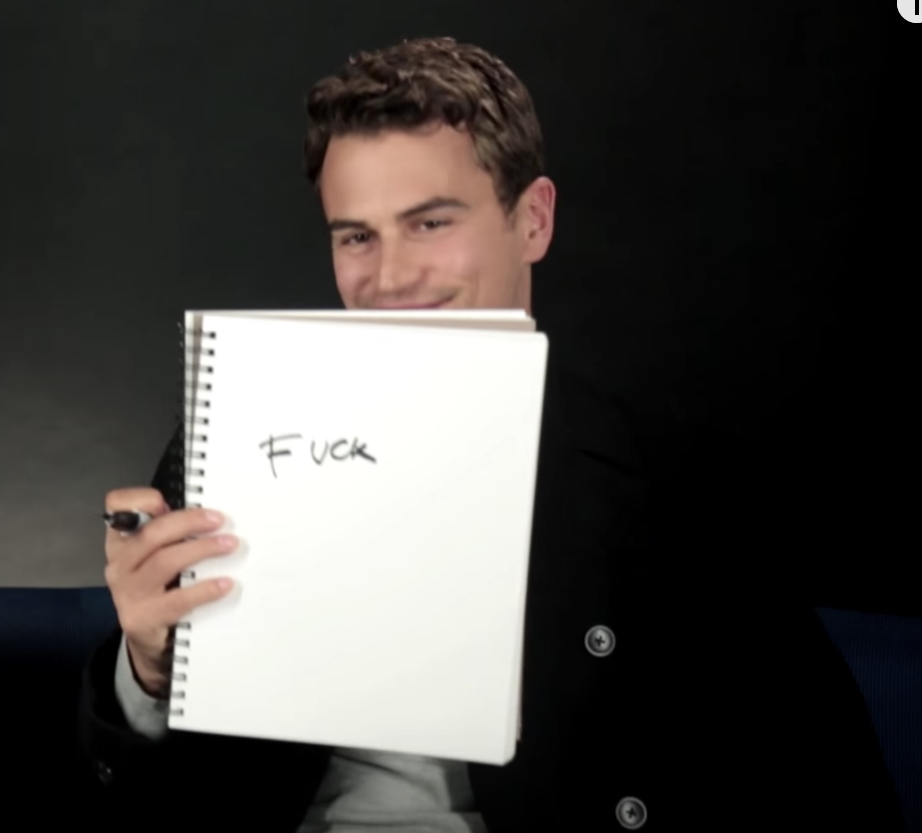 What would you be doing in a zombie apocalypse? 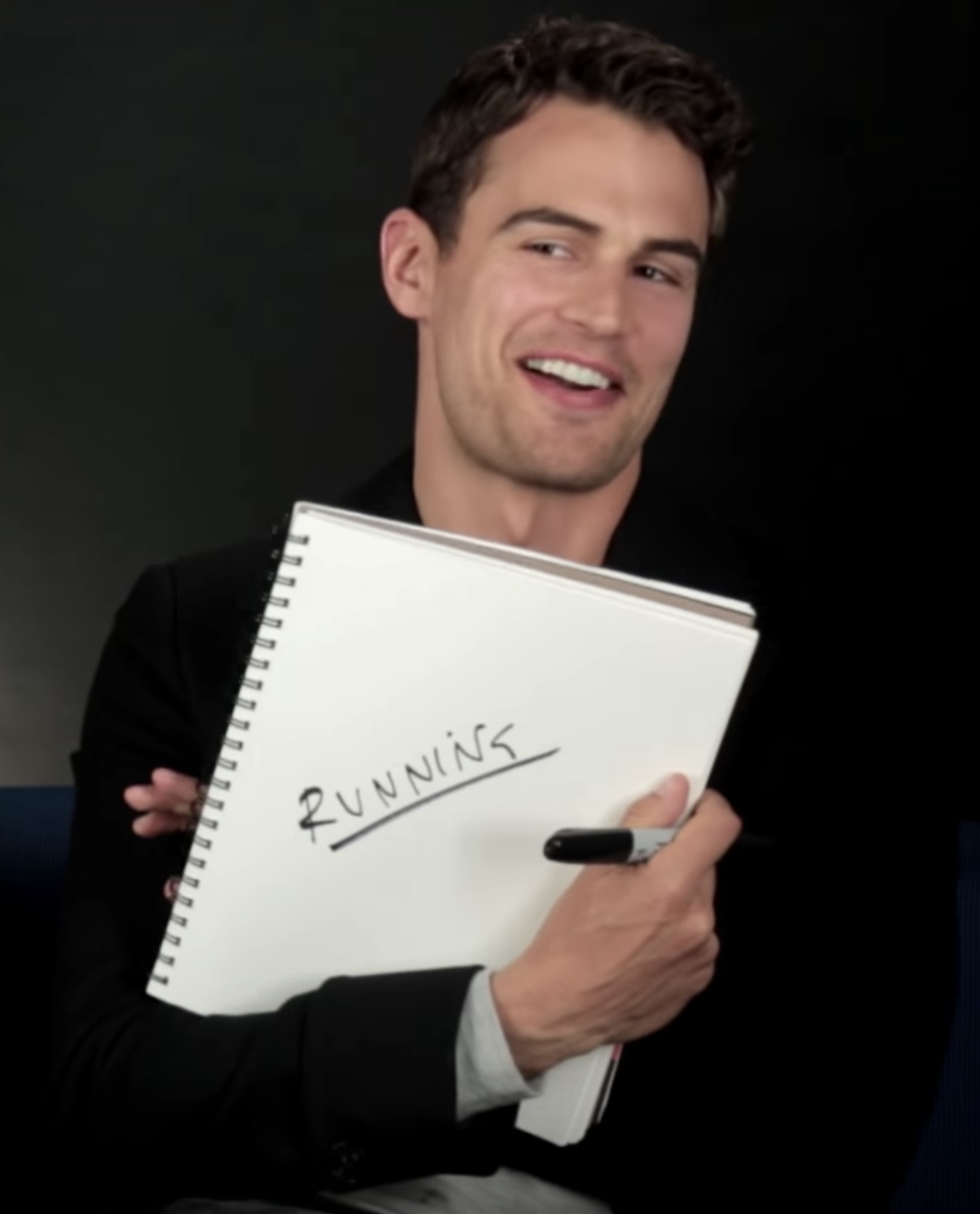 What is your least favorite part of being onstage? 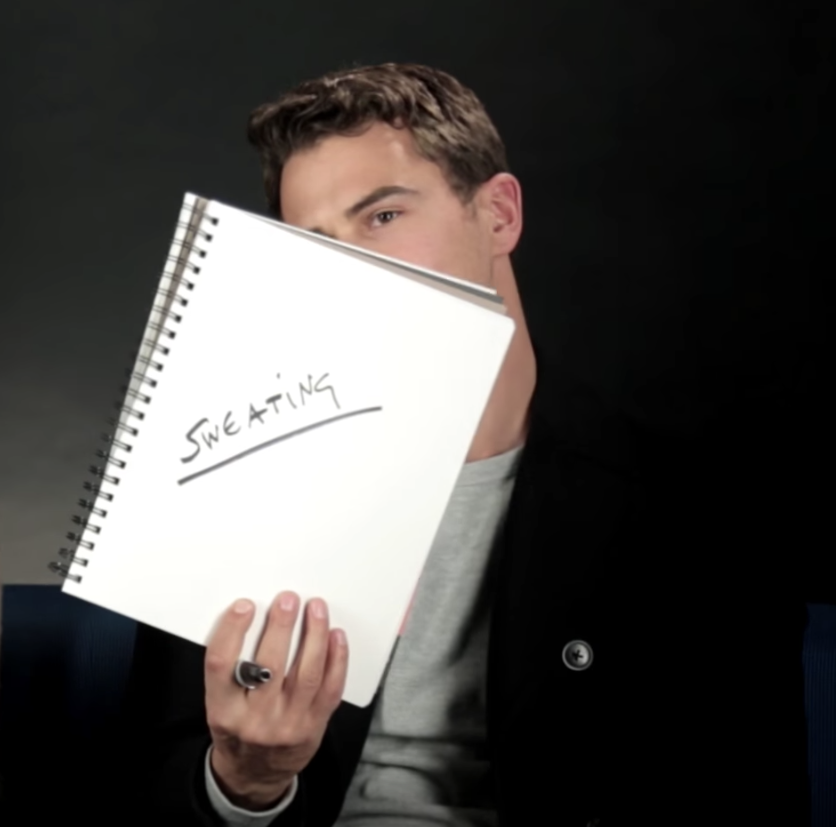 What's one of your worst qualities? 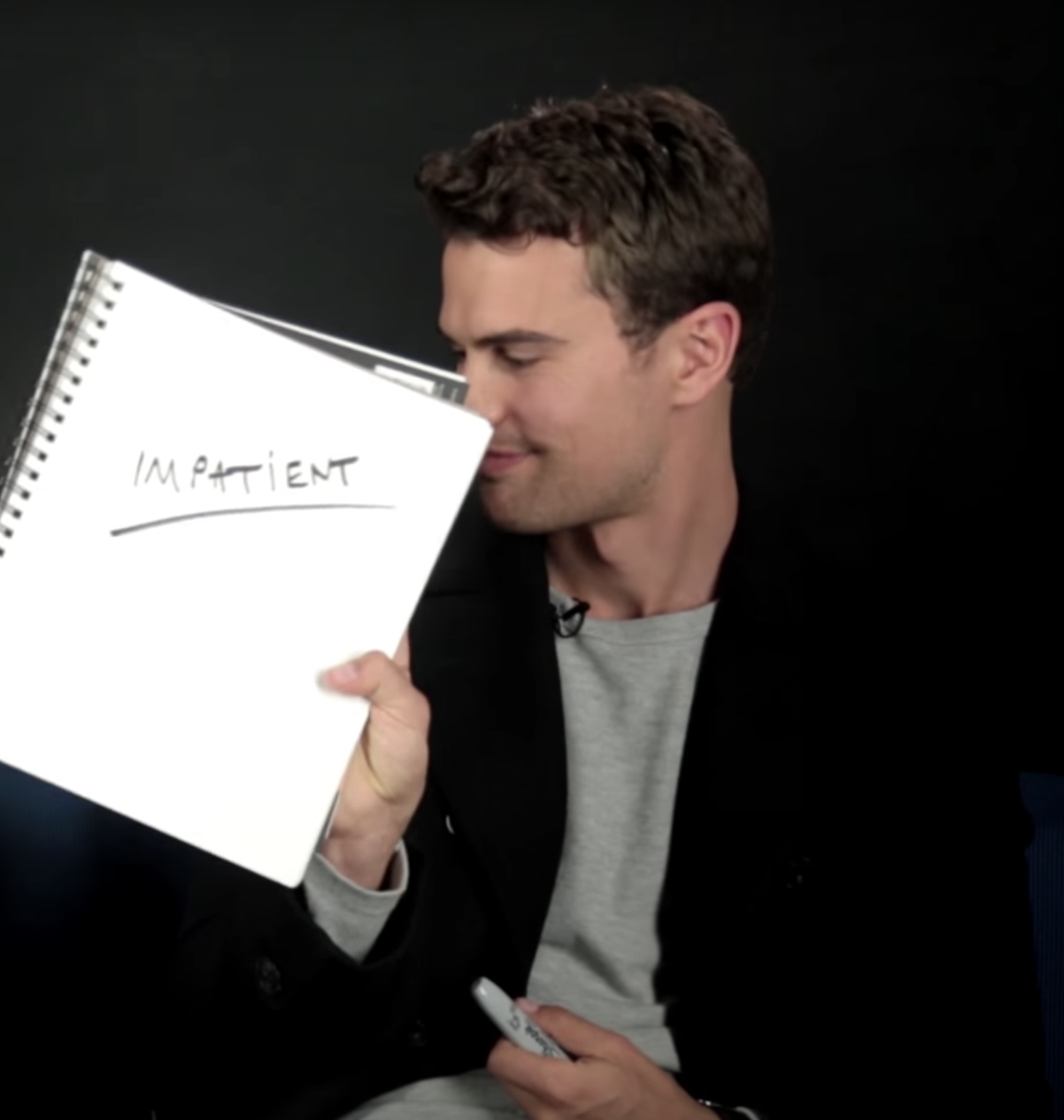 358 • NOVEMBER 12TH
#interview #smug bastard #remember that time kate met alex and he couldn't wait for her to take out her phone so he just took a bunch of pictures with his phone and uploaded them to his story? good times #can you please swear on a track
Anonymous: what do you really think about the rumors of alex and cl?
i don't think they're dating. alex is busy with his tour and from what i've seen this cl girl is busy in new york lately and there has been nothing to go on aside from one instagram picture and the fact that they hung out at a party. doesn't exactly scream relationship right? i run this fan blog and while i do that his dating life is part of who he is so i'll reblog some of the stories that i see made it to a few gossip sites

for the past few months alex has been linked to a few different people too. suki waterhouse, lucy hale, daisy lowe, emilia clarke, zara larsson just to name a few. whenever anyone is single in the media for too long, people are going to start throwing names together. has anything come of it? nope. i don't believe a lot of the relationship gossip stories but i want to at least keep my followers in the know of what people are saying! 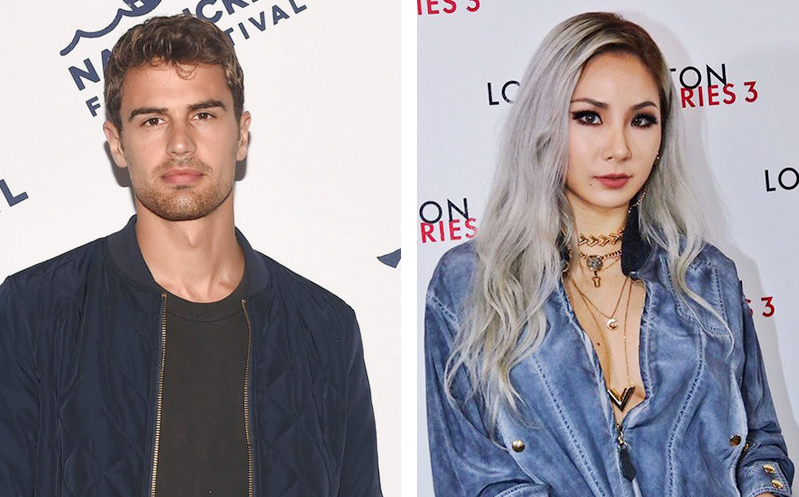 Has Alex finally found a new girl to sing to? Or with?

He just might have! This surprising couple isn't all that surprising. The two met at CL's concert a few weeks back as documented in an Instagram photo both of them posted from backstage. Instead of parting ways they were then spotted getting close at an afterparty together. Now sources are claiming that the two have been keeping in touch while Alex is on tour and things are starting to heat up with talks of visiting each other and wanting to take things to the next level.

"They'll text and snapchat each other," a friend claims. "Lee [CL's real name] enjoys his company and wants to see where this thing could go."

Guess we'll have to wait and see, too! 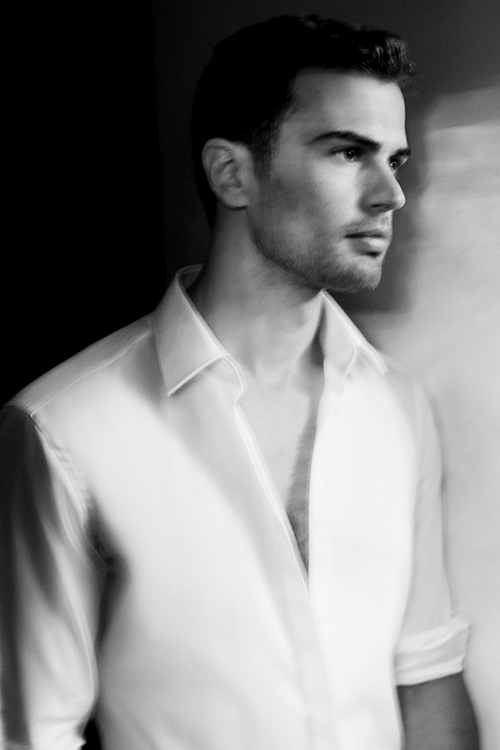 There's this emphasis on being the best in the industry. Reaching those ultimate goals, numbers, making a certain amount of sales, topping what you've done thus far. Once you let that consume you you're done for. It doesn't become about the music, it becomes about the expectations. I'd be lying if I were to say that it never got the best of me. They tell you about being blinded by those lights but you don't believe them. I didn't. There were times when I allowed the music to take a back seat to pressure I put on myself. You know what that got me? Nothing. I was unhappy, unhealthy, and the music I was making was shit. What pulled me out of that was a real, genuine connection to break through to me. Someone going, "I'm here for you." It's so simple but can be taken for granted. We all need those positive interactions in our lives. So, I've been focusing on that. Protecting, nourishing, and building those real connections and moments whenever I can because that is what fuels me right along with music." 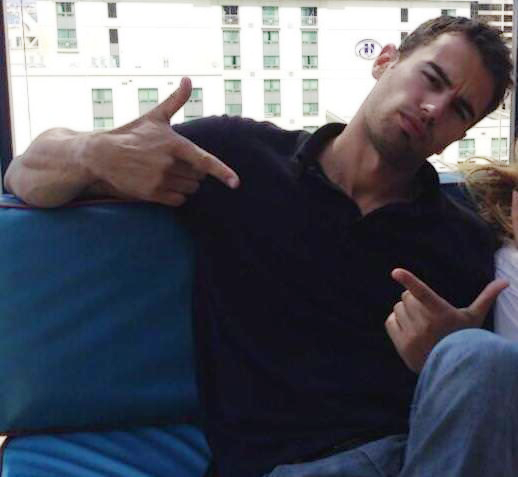 524 • NOVEMBER 10TH
#lmao guys i had to #even though we knew about him being on the album i wasn't ready #i also wasn't ready for ione to white girl rap #i wasn't ready for them to reference a team #i wasn't ready for any of it so end game has ended me rip
noisey did a review on how alex's new music video looks like it could also double as the beginning of a murder crime report and you guys KNOW that i love the video but this made me laugh a lot so i had to share it with you all:

"If you watch this video with the sound off, these ‘standard establishing scenes’ look like you've got plans to kill this woman. There she is, in that folded-and-unfolded-then-folded-again photo. Now here you are, staring at her from outside the window which isn’t at all weird and is completely the way you prepare to say hi to a friend before a road trip."

"But just to be absolutely clear, the reason you're not looking at the fucking treacherous winding road is because you're—once again—staring at your smiley woman friend who you may still be hoping to murder later. This video is supposed to be romantic, right? Right??"

"After picking up renowned Austrian delicacy, pizza, you lead your friend through the darkened forest to a cabin. Just quickly though, where the hell are you? Where are their other friends? Did you book this other hidden and sinister cabin in advance? We’ve all been gone off that extra shot-ski vodka but this reads less as ‘cute’ and more ‘a perfect, secluded spot in which to do something terrible.’"

BEHIND THE SCENES INFO 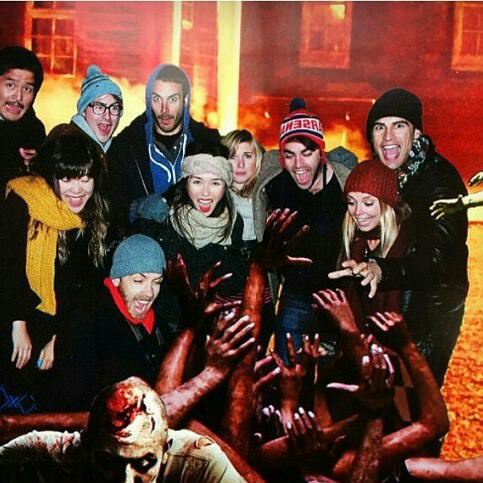 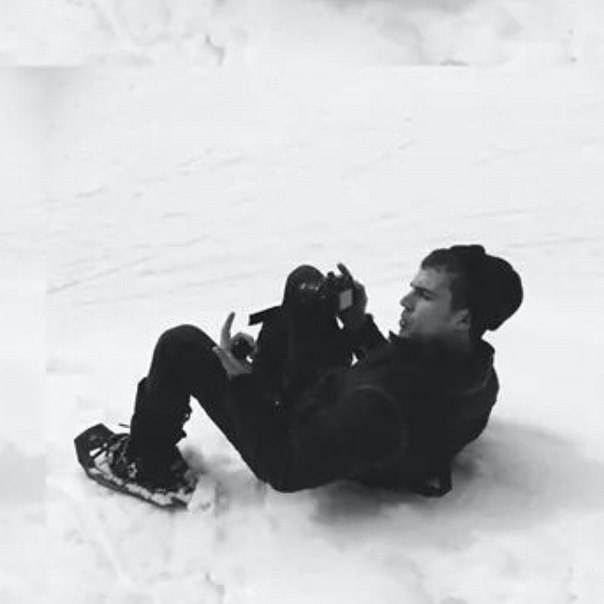 - one of the guys in the video, a real friend of alex's from back home, posted on instagram that they actually did do a round of karaoke like the video showed. the group got most of the bar to sing come on eileen and alex's song of choice was let me love you by mario!!!!

On creating the music video:
"I just wanted the video that showcases easy loving and living. It isn't some grandiose, unattainable kind of love in a music video where you see luxury yachts, expensive jewelry being given, huge mansions. It's that cozy kind of love. The kind where you really know someone and all your little moments take over. More than anything you think about how good you feel in the relationship and every moment, little or not, turns into a memory because it's yours together. Something that you've shared with this someone special."
642 • NOVEMBER 9TH
#music video #perfect #love this romcom music video we deserve

context: he was asked about the fact that he names his guitars and sometimes keeps certain guitars for certain type of songs like how we know that valerie is used for love ballads because he won't wreck in the sway the strings usually end up breaking after bloodstream. anyway, he told a story about one of his newer guitars he named lennox and when he asked if he had the guitar with him he broke out into this really deep manly voice that caught everyone off guard and then they joked about how if the guitar had a voice it sounded like that. why do i stan this weirdo who acts like guitars are his friends i'll never know but here i am

also let's take a minute to say rip to some of the guitars he has used to their deaths in the past, you are gone but never forgotten 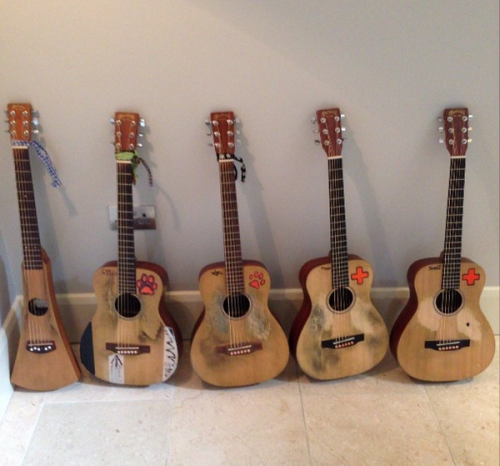 53 • NOVEMBER 8TH
#interviews #he probably talks to them all the time #true life: my guitars are my best friends the alex milligan story #that's why he's got so many guitars they're full of secrets
"I don't trust people who wait until cookies are fully cooled to eat them."
- Alex Milligan
5322 • NOVEMBER 7TH
#quote #ME NEITHER THOUGH REALLY #i want what i want exactly when i want it
HONORARY OWEN COLLINS APPRECIATION POST 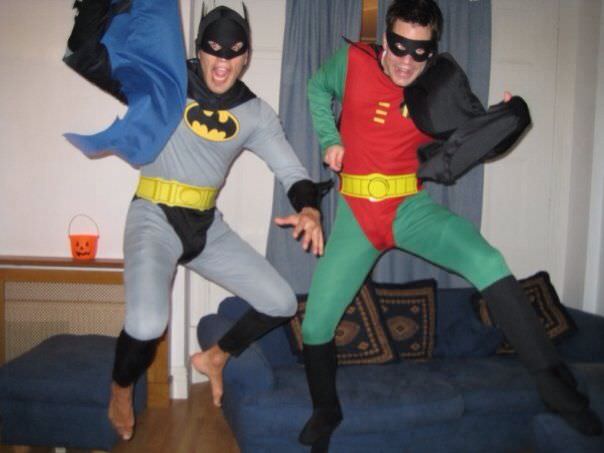 as we all know owen is one of alex's best friends from school who is also the videographer on tour. i thought i'd put together some quotes & facts because i love their friendship so much

"We were both at an odd time in our lives. I had an album that was about to be released but I parted ways with my manager. He was back in Wokingham having just been fired from his job. We didn't know what our next moves would be and one night while we were out I decided, fuck it, I'm going to go around and perform wherever I can. I need to get my morale up, do some shows. These shows...some of them were in pubs, some of them were in someone's basement, some of them were me begging a pub manager to let me get in the door with my guitar as they shut the door in my face and we were left wandering around figuring out what to do. Anyway, after a couple drinks we decide that us being the dream team out and about is the best idea ever. It was stupidly impulsive as hell but here we are and we never looked back from that one impulsive decision. He's been on the road with me ever since and our friendship's stayed through all of that."

"People keep asking me how I stay grounded and I'd say that it's easier when you're surrounded by your roots."

"I'd say that I was a pretty good kid. Quiet. Tried to do the best with my studies but it was difficult for me and there was this one teacher who just really made the experience in class shit for the year I was in his class. No patience, no willingness to try and see what was going on, no excitement to teach. Always yelling, putting kids down, scary. This one night Owen decides it's for the best if we TP his house. Sure, sounds great. We get the toilet paper rolls, wait until it's dark out and then post up outside his house. We start throwing the toilet paper, we're having a blast, and the door opens, we freak out and run to a nearby bush to hide. Not his house. Not only was it not his house, these two beautiful girls come out and they're followed by their huge boyfriends who start yelling about breaking our limbs and finding us no matter what. So, we did what any courageous and bold heroes would do. We ran away."

"This one time Owen sent a sexy clown stripper to my flat as a birthday present. That was probably up there as one of the most horrifying things I've witnessed."

197 • NOVEMBER 6TH
#owlex #the otp i stan for the most
remember that time alex's lyrics were on jeopardy? 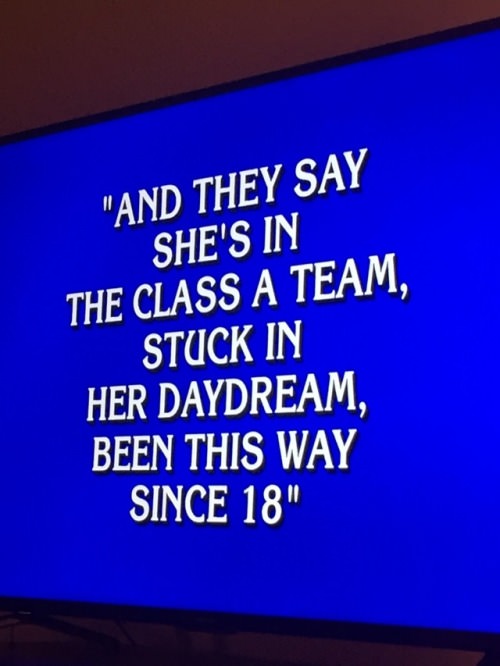